An inspection day for the preparation of the new electronic toll system was held at CzechToll headquarters with the participation of the Minister of Transport, Vladimír Kremlík, and representatives of the Road and Motorway Directorate of the Czech Republic. Following its launch, the cost of operating a toll system in the Czech Republic will drop to CZK 530 million per year, approximately one third compared to today’s microwave system.

“CzechToll meets the schedule for the preparation of the new toll system; in some partial projects we are even ahead of the schedule. On 31 July 2019, we are starting with the toll system testing, ” said Matej Okáli, the CzechToll CEO during the inspection day.

The new toll system is completely being developed in the Czech Republic. CzechToll has invested almost CZK 1.9 billion since the contract on its delivery was signed in September 2018 and more than 100 companies from the Czech Republic are involved in its implementation. On-board units (OBUs) – from their technical design, precision plastics moulding, electronics assembly and software programming to complete assembly of units – are fully developed here as well.

“Replacing the OBUs and having to register in the new system is probably the biggest complication awaiting hauliers. We would also like to ask them not to leave their registration in the new system at the last minute, but to take  advantage of the period of more than two months extra, during which the toll change issues can be resolved before its launch,”  added Matej Okáli.

Today, approximately 470,000 OBUs are active in the Czech electronic toll system, most often in vehicles from the Czech Republic, Slovakia and Poland. CzechToll has prepared an information campaign for hauliers from these and less frequent countries, which will be launched in the second half of August and will last at least until the planned launch of the system, i.e. 1 December 2019.

“Our goal is not to overwhelm the Czech Republic with a massive campaign that will bothersome. The aim is to address the necessary group of hauliers and drivers as effectively as possible and to help them meet their obligations in relation to the new toll system,” pointed out Matej Okáli.

CzechToll plans to address over half of the hauliers during the information campaign through direct marketing tools. These are mainly medium and large hauliers, which the company has enough information about and it can address them with its team of key account managers, call centre calls, mobile phone messages, direct mailing using post or e-mail. In addition to these tools, the campaign will also use advertising in legal outdoor areas, in the press, on the Internet, and on radio broadcast.

On 22 August 2019: an initial information campaign will be launched, detailed information about    the new electronic toll system will be available at www.mytocz.eu

22 September 2019: launch of pre-registration – registration of vehicles and their operators in the new electronic toll system, the distribution of new OBUs to hauliers getting registered; even following the registration the vehicle must be equipped with the current OBU for the old system; meanwhile the new unit can be located in the vehicle (the toll will not be charged from it)

1 December 2019: start of the new electronic toll system – since this date the haulier shall be obliged to have a vehicle fitted with a new OBU while on toll roads; meanwhile the old OBU can be located in the vehicle (toll will not be charged) 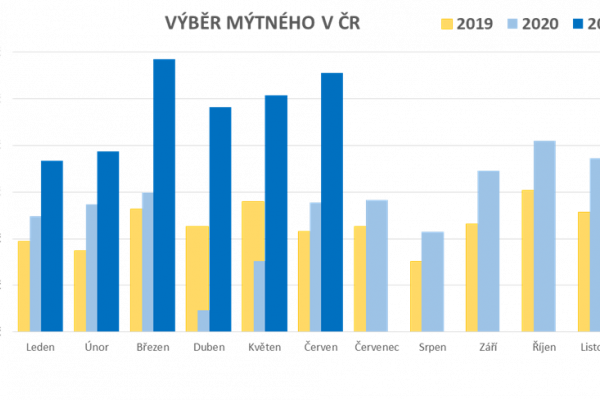